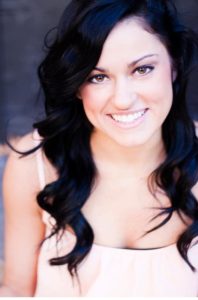 Alexa Meissner Chambers originally from Media, Pennsylvania began dancing at the age of three. She studied at the Academy of Notre Dame’s performing arts program and continued her training at the University of the Arts in Philadelphia, PA where she obtained her BFA with honors in Jazz Dance Performance in 2013. Throughout her college dance career, she has been privileged to work with top choreographers such as Roni Koresh, Brian Sanders, Helen Simoneau and Forsythe legend, Douglas Becker. Formerly a dancer under Xhale Dance Company, Alexa performed throughout Philadelphia, Pittsburgh, and for Synthesis Dance Project in New York City. Alexa began her professional career in Chicago dancing for Giordano Dance Chicago, working with Chicago’s best-known instructors and choreographers including Nan Giordano and Homer Bryant. In addition, she was on faculty at Joffrey Ballet. After returning to the east coast, Alexa performed with Michael Susten & Company in New York City followed by four seasons with Philadelphia’s Project Moshen, a female Jazz dance company set out to revive the style of Jazz. Her passion to create and teach inspires her to work with dancers throughout the Philadelphia area. Alongside teaching dance, she is also a certified Barre Instructor. She recently returned to her alma mater on faculty, The Academy of Notre Dame in Villanova, PA to expand the Dance Department. When Alexa is not dancing or teaching she proudly holds the title of Mommy to two busy little boys, Jack and Cors, who continue to keep her on her toes!